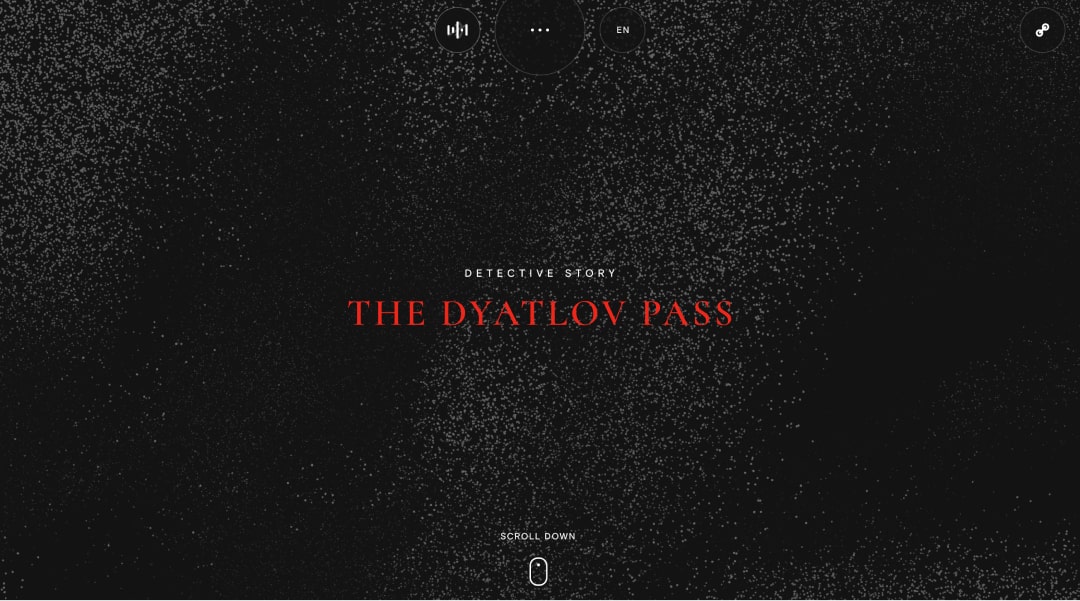 Dyatlov Pass Incident has been one of the world’s biggest mysteries for over 60 years now. Nine hikers died in the northern Ural Mountains between 1 and 2 February 1959. The reasons of the tragedy are still unknown, with theories ranging from UFO sighting to KGB intervention.

A new Russian TV-show attempts to investigate the incident. Voskhod agency designed and developed a website to support the series. Billions of snowflakes create the dark and mystic atmosphere of the fatal night and guide the user along the hikers’ footsteps. The 3D-snowblast has been executed via WebGL technology.

The site is more than just another info portal. A user can not only skim through everything that has been revealed about the tragedy, but also participate in the investigation, either researching all of the nine official versions or adding their own! The website provides a chance to vote for the theory you find most persuasive.