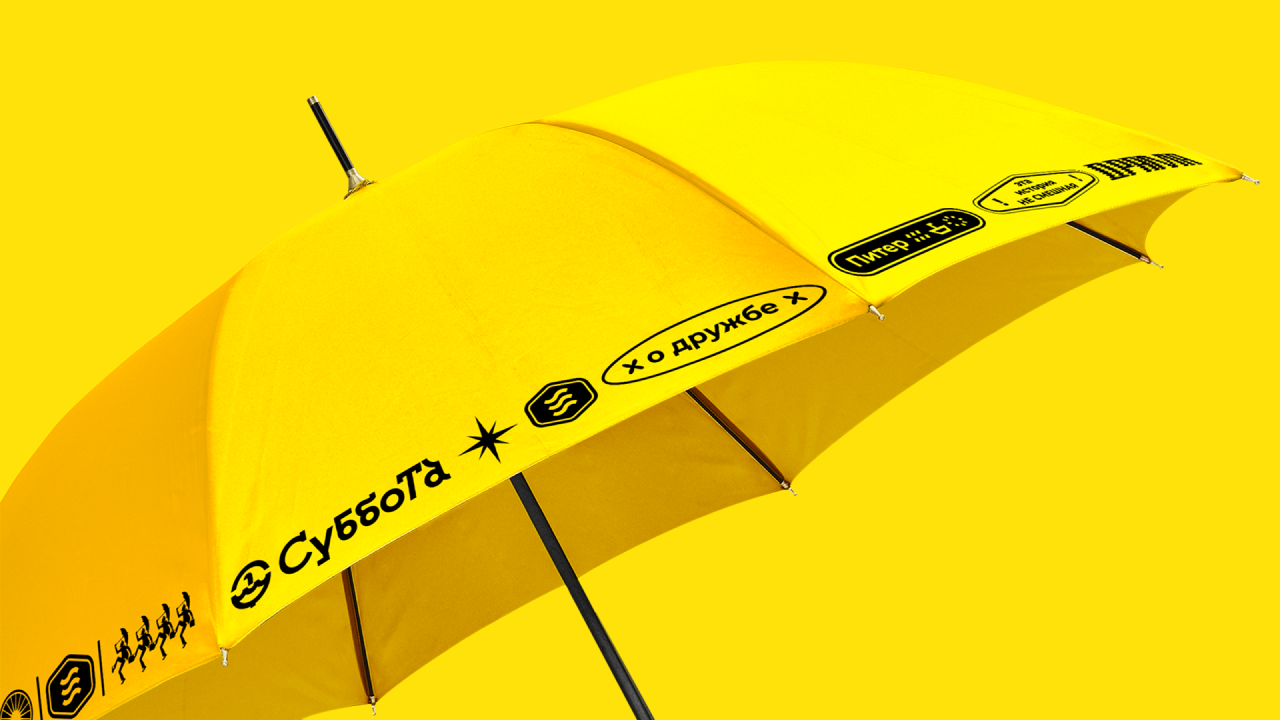 Subbota Theatre is beloved by citizens for its cozy atmosphere, lack of pathos and original performances like a horror based on Dostoevsky’s novel or an immersive play. New theatre’s identity consists of collage graphics, thematic silhouettes, stickers and patterns. In the logo we maintained the sun “caught” in umbrella – the symbol which is well-known among theatre-goers in Saint Petersburg. Each letter of the new corporate font has its own character. Despite the diversity of graphic identity elements, they all build one composed puzzle which shows the variety and wealth of the theatre’s inner world.